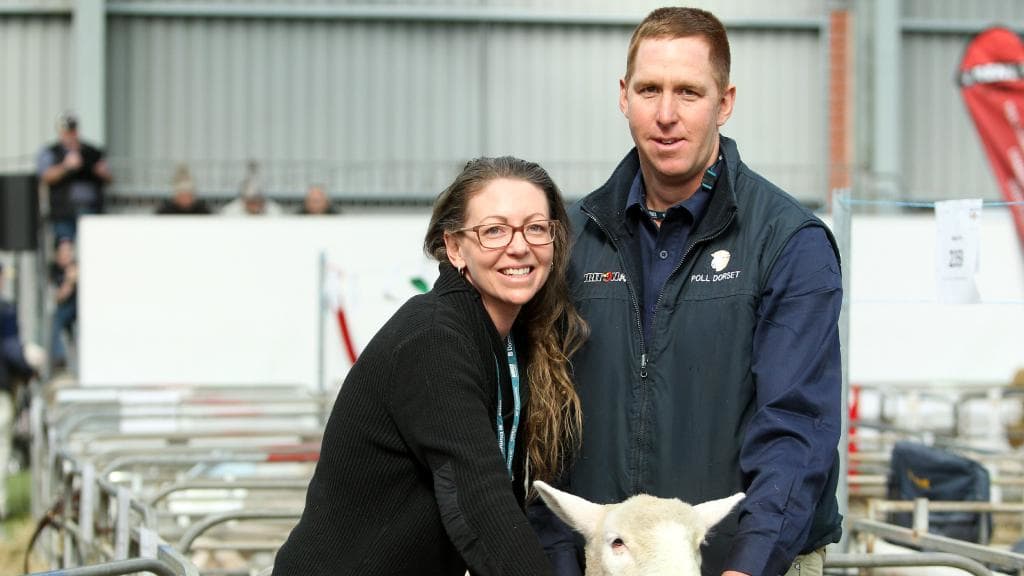 LOGIC says buoyant lamb prices should flow on to high prime ram values this year.
But logic does not take into account the tough season gripping much of eastern Australia, nor the swing by some Merino breeders to join more of their ewes back to Merinos.

Their team of 18 at the Australian Sheep and Wool Show attracted plenty of attention and they expect their regular clients will make the trip to their sale in September.

Their sheep are not shedded, nor are they overfed, preferring to have more commercially-ready animals to offer the market.

Neither are they extreme in build with the Fergusons preferring to breed rams which can ideally sire a sucker which can be turned off at 16 weeks.

But those same rams, Mr Ferguson said, had the ability to grow carcasses of up to 34kg which could fit the heavy export market and attract the kinds of prices which were breaking records across the country.

Mr Ferguson, who is also the Landmark livestock manager at Ouyen, knows full well the season will play more of a part in what happens at ram sale time than the 750¢/kg that his clients are getting at the moment for lambs.

“Those who are getting good prices for lambs have those prices balanced out by the fact that feed costs have escalated,” Mr Ferguson said.

He also sees the rise in wool prices having an effect on how many Merino ewes are joined to prime lamb sires.

“We have seen record wool prices and there’s no doubt that some of the Merino ewes which may have been joined to White Suffolks or Poll Dorsets may well go back to Merinos now,” Mr Ferguson said.

But the season is the major negative hanging over the industry.

“My clients are doing their best to keep as many numbers as they can despite having to feed them,” he said.